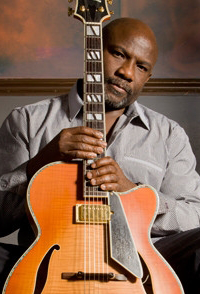 Guitarist Cameron Pierre has come full circle returning to his native Dominica after a multi-decade recording and performing career in the UK. After establishing an important Caribbean jazz presence there, with six albums produced, he reflects on the journey to this point. Beginning in the reggae scene here in the islands and into the UK, his evolution towards jazz through the 1980s and beyond traces a parallel development of how the Caribbean musical DNA has influenced the society there. Fri, 05 Aug 2022